Why Every Woman Needs to tap into Her Inner Maria Felix…

Posted at 22:02h in Contemplation Station by Francesca Cruz

The first time I set my eyes on her I was an awkward teen. I walked into the opulent apartment of screen legend Ernesto Alonso. My boyfriend (soon to be husband) and I were visiting Mexico City–it was circa 1993 maybe 94. 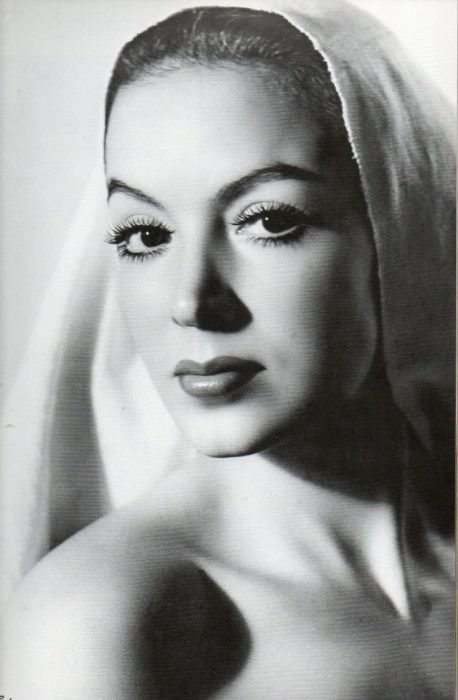 Maria Felix, one of the most iconic beauties (not just of Mexico) of the world was before me. She had not aged as well as I had hoped, but she was still a soul to be reckoned with. She was in town, having arrived that week from Paris and visiting her friend (Ernesto) of far too many years to count. She sat, sort of coiled up in a plush chair (of the overly cluttered with antiques) living room. I do remember it was dusk and they were entrenched in a deep conversation. These two greats, sitting before me.

I had heard she could be cruel to younger women, but she was not that way with me. I mostly watched her, mesmerized, from shadows–in awe of her personality even more so than what remained of her beauty. This was a living part of history before me. I don’t think I was knowledgable enough then to appreciated it. I did appreciate the incredible stories my boyfriend would tell me about her. How ruthless she was with men. How protective she was of her heart, and how valuable it was that early on she understood her worth.

Reality or perception, she felt she was the last tall drink of water in a desert, and baby would you see the stars if you didn’t fall in place with that notion.

She was far more than a revered beauty of the 40s and 50s, or the biggest diva Mexican cinema ever produced (during the golden age of cinema when Mexico and the United States were equals). La Felix was, and will always remain, a goddess of the silver screen–thanks to her imposing personality, implacable will and outspoken demeanor.

The moniker “La Doña” came after she starred in the film adaptation of the Rómulo Gallegos novel, Doña Bárbara and it stuck with her till her last day on earth.

I often ask myself: How would La Felix react to this…what would her dating advice to me, and to women everywhere, be.

Below is what I think she’d press us to remember…

“Yo nunca he llorado por un hombre porque en el momento en que no me quiere él, ya no lo quiero yo.”
(I’ve never cried for a man, the second he doesn’t want me, I have no use for him.)

“Yo soy liberal porque siempre hago lo que quiero”
(I’m a liberal, because I always do as I please)

“Nunca he querido a nadie como me quiero yo, a mí misma, entonces nadie me ha podido hacer sufrir”.
(I’ve never loved someone like I’ve loved myself, that’s why no one has been able to make me suffer.)